Although the Bulls put up a sterling display in a 17-14 victory in a hastily arranged game against the South African “A” side in Cape Town last week, we haven't seen them in Currie Cup action since they hosted the Pumas in Round 2. They came through that game with a 32-27 win, earning a bonus point with 4 tries but it was hard work as the Pumas refused to buckle despite going into half time 17-3 down.

The Bulls defence of the Currie Cup title started in unusual circumstances in Round 1 when their first teamers were not available for a home fixture against Western Province due to their involvement in the Rainbow Cup final in Italy. The Bulls lost the game 48-24 but they did pick up a consolation bonus point for scoring 4 tries.

The Lions were in action in midweek when they were 7.5 point favourites for a home game against the Griquas. They lost the match 41-31, conceding the opening try in the first minute and they were 17-12 down at half time. The Lions cause wasn't helped by a red card early in the second half and a late yellow saw them finish the game with 13 men and Griquas were home and hosed.

The Lions scheduled matches away to the Sharks and at home to the Cheetahs were cancelled whilst their first 2 Currie Cup outings delivered 1 win and 1 defeat. They were hammered 39-10 by the Pumas in Nelspruit in the opening round where they were missing a number of players who were isolating after a Covid outbreak. Next time out the Lions made amends with a 38-32 home win over Western Province.

The Lions lost twice to the Bulls at Loftus in this competition last season, 22-15 in the regular season and 26-21 in the semi finals.

The money is coming for the Bulls and I think rightly so. The panel were all in agreement on the -12.5 on last nights betting show show and that has now disappeared. They have named a strong team and the Lions have been poor and may still have Wednesdays game in their legs.

The Bulls can win this one by a big margin 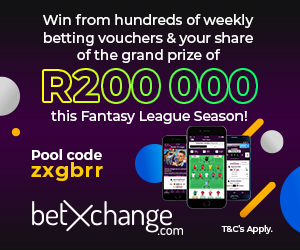